David Olson: Ready for the next chapter 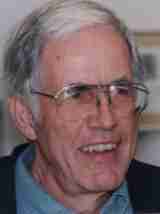 Retiring ELCA Minneapolis Synod Bishp says he has no regrets