Leaders of the country’s two large Lutheran fraternal insurance societies want to combine their assets in a single merged organization with twice the muscle.
Bruce Nicholson, CEO of Minneapolis-based Lutheran Brotherhood (LB), and John Gilbert, head of Appleton, Wisconsin-based Aid Association for Lutherans (AAL), jointly announced plans to combine their firms at a news conference on June 27.
The merged organization would have almost 3 million members, with nearly $60 billion in assets under management. It would have a combined work force of 7,100, including both home office staffs and nationwide field staffs.
Competitors for decades, the two societies now want to join forces in the face of growing competition from other insurance firms. Both LB and AAL have, by charter, limited their sales to Lutherans, and the new firm would follow the same principle.
As fraternals, both groups provide financial benefits to Lutheran ministries in lieu of paying taxes on their profits.
Currently LB has 1.2 million members, 1,580 employees, a field force of 1,513, 1055 branches, and $25.1 billion under management. AAL has 1.8 million members, 2,113 employees, a field force of 1,881, 10,451 branches, and $31.0 billion assets under management.
A fact sheet prepared by the two companies explained that a merger made sense for both firms because “dramatic changes in the Lutheran Church and the financial services industries are impacting the way we work with our members.” It said the merged organization would have “a distinct and expanded capability to serve even more people and meet more member needs.”
The board of directors of both companies have already approved the plan. While not true for AAL, within the LB structure there is a 270-member voting assembly whose elected delegates would be required to approve such a step. The assembly normally meets only once every four years, but will be called into special session this fall to vote on the proposal.
Plans are to keep both central office buildings, using the Minneapolis facility for a corporate headquarters and the Appleton site as an operations center. Nicholson would be-come CEO of the combined firm, while Gilbert would serve as Chairman of the Board of Directors.
The new company would come into being by year’s end. A new name would be selected.
Both groups are nearly a century old. Aid Association for Lutherans was created by members of the Synodical Confer-ence, a now-defunct alliance that once served the interests of the Lutheran Church—Missouri Synod and the Wisconsin Evangelical Lutheran Synod.
Lutheran Brotherhood was created by members of the Norwegian Lutheran Church in America (later called the Evangelical Lutheran Church), shortly after that body was created in Minneapolis in 1917.
Historically, AAL has enjoyed the patronage of LCMS church members, while LB has built a support base among Lutherans in church bodies which became the Evangelical Lutheran Church in America (ELCA) in 1988.
In recent years those loyalties have begun to blur, as agents of both AAL and LB have increasingly crossed into what was traditionally the territory of the other group. In the past decade both AAL and LB have begun to make sizeable fraternal grants to Lutheran denominations jointly rather than separately.
Both AAL and LB are Fortune 500 companies. AAL ranks 477, while LB is listed 497. The merger would put a combined Lutheran fraternal organization somewhere in the middle of the list.
In addition to LB’s voting assembly, several federal regulatory agencies will also need to approve the proposed merger before it can be finalized. 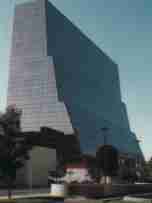