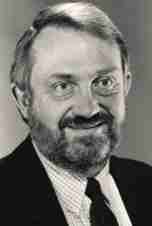 Martin Luther should not be put on a pedestal, but neither should his memory be trashed. A Berkeley, California, seminary president told voting members at the ELCA’s Minneapolis Area Synod Assembly during June that Martin Luther had great resilience and an incredible ability to “bounce back.”
Dr. Timothy Lull, President of Pacific Lutheran Theological Seminary, spoke to voting members during their June 6-8 meeting at Gustavus Adolphus College, St. Peter, Minnesota. He described six disasters that shaped the famous reformer’s life, and eight coping mechanisms with which he rode out the series of storms that assailed him.
Included in the list of crises were:
* An October, 1518, showdown between Luther and the Roman Church; he was commanded to submit to church authority, but refused;
* the Diet of Worms, which resulted in Luther being declared an outlaw by both church and empire (the ban resulted in his being hidden away for a year at Wartburg Castle);
* a near-death experience and involvement in the Pea-sant’s War, which seriously damaged Luther’s credibility;
* the Diet of Augsburg, where the charter of the Lutheran Church was presented to the emperor (but in which Luther, the outlaw, could not participate);
* a selection, in 1537, of more effective leadership in the Roman Catholic Church; and, Luther’s experience of painful kidney stones;
* the death of Luther’s daughter.
Lull included in a list of coping skills with which Martin Luther rode out the storms in his life:
* a remarkable sense of his own vocation;
* the ability to lead a disciplined life (Luther read the Bible all the way through twice each year);
* a tremendous ability to prioritize;
* political shrewdness (Luther learned to live with both the princes and the emerging middle class in Germany);
* an ability to use new techniques (Luther took advantage of printing, popular writing, humor and art to get his message out);
* a willingness to work in partnership with others, especially those surrounding him at Wittenberg, where he taught and did ministry;
* a gift for drawing strength from his family;
* an enormous capacity for fun.
Illustrating the final point, Lull said Luther knew how to let go and “turn the world over to God at the end of the day.” Luther, he said, saw a close connection between grace and humor. The reformer was convinced, for example, that it was a tremendous joke that God entrusted the gift of grace to human beings like us!
Lull asked his audience, “Can Lutheranism be as resilient in our day as Martin Luther was in his?” He answered his own question by illustrating, with episodes from the history of Lutheranism over the past 500 years, how Luther’s spiritual family have proven resilient, even while they have sometimes stumbled badly.
He said, “Hardly anybody in the German Lutheran Church opposed Adolph Hitler and Naziism. This dealt an almost fatal blow to Lutheran theological credibility in Europe.”
Resiliency, said Lull, is the church’s heritage, but also its mandate for a healthy future.