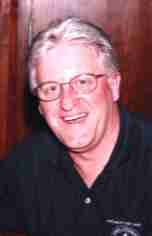 Steve Malloy spent seven of his growing-up years living in Tanzania, East Africa, with his Lutheran missionary parents. His enthusiasm for meeting the spiritual and material needs of the poorer people of the globe has never waned.
For the past two decades, that enthusiasm has found expression in his role as a member of Advent Lutheran Church (ELCA) in Anoka, where he has sought to build interest among Sunday School children and adults in foreign mission work.
His efforts will reach another climax in late August when he leads a small delegation of fellow parishioners on a trip to an orphanage in a remote jungle of eastern Guatemala. They will deliver clothing, school supplies and health-care materials, and do volunteer work for the 250 children who live there.
“Missions have been an important part of our family for all these decades since the 1950s,” said Malloy, now 55. “I’ve got global mission work in my blood.”
The ten-day trip to Guatemala follows a similar journey to Nicaragua last summer. There, Malloy’s crew from Advent Church delivered health-care supplies on behalf of Fridley-based Global Health Ministries, and school materials to the headquarters of the Lutheran Church of Nicaragua in the capital city of Managua. After the deliveries were made, the group visited villages in distant northwest parts of the country, to observe work of the native Lutheran church.
These journeys have been the first trips to actual mission areas outside the United States for participants from 500-member Advent Church. Malloy hopes they will continue on an annual basis. Prior to these ventures, efforts centered on educational opportunities and fund-raising drives to support mission work worldwide.
“The mission emphasis at Advent started very small,” Malloy recalled.
One of the first events, he said, occurred in the late 1980s, when he and his wife, Susan, brought Dr. Mark Monson, a Duluth physician who had served as a medical worker for the ELCA in Liberia, to speak at the church. That helped raise awareness of what was going on in Africa, and led to contributions to support airborne medical assistance to Liberia.
That was followed by projects to support the work of Operation Bootstrap Africa, on whose board Malloy served for three years; Christian ministries in Palestine; and, more recently, Lutheran Association of Missionaries and Pilots (LAMP), carrying on mission work in remote areas of Alaska and northwestern Canada.
The focus shifted to Central America in the mid-1990s, as Malloy sought to find areas of need close to the United States. He gained knowledge of specific projects there through his work with Ken Grosch, executive director of Global Health Ministries. And it helped that a key partner of Malloy’s at Advent, Gwen Myers, had experience as a former Peace Corps worker in Guatemala and is fluent in Spanish.
This summer’s planned trip to Guatemala to join other international volunteers in working at the orphanage resulted from information gleaned by Myers. She brought herself up to date on developments in the nation where she once worked, by surfing the internet.
Malloy regards the trip as “an extension of our Nicaraguan work last year.” He says that Central America presents tremendous mission opportunities, including support for the infant Lutheran Church in Nicaragua. North Americans can hardly grasp the difficulties that political upheavals and a series of recent natural disasters have posed for that church, he said.
After finishing high school at a mission school near Nairobi, Kenya, Malloy headed back to the United States in the mid-1960s to take up college studies at Gustavus Adolphus and later at the University of Minnesota.
Four years of service in the U.S. Navy Medical Corps during the Vietnam War era led to his initial career work in the regional kidney disease program at Hennepin County Medical Center. He spent 20 years there, but tapered off from full-time to part-time employment because of the high degree of stress in his dialysis duties.
Long interested in music, Malloy took up piano tuning on the side, as a source of fun and relaxation. Since 1995 it has become his full-time occupation — a business which he runs out of his Anoka home.
There was a time along the way when Steve Malloy considered going into foreign-mission work, like his parents. But, he says, “I found out that in a small congregation like Advent I could do as much to raise awareness about missions oversees as I could trying to get overseas myself.”
He now serves as choir director at the church, as well as the advocate for the cause so close to his heart — foreign missions.
Robert Ylvisaker is at rdylv@ aol.com.