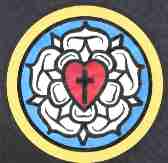 It would be wrong for the United States to engineer a “regime change” in Iraq, according to the presiding bishop of the Evangelical Lutheran Church in America (ELCA).
The Rev. Mark Hanson said, “I do not believe [a war to re-move Saddam Hussein militarily] can be justified under the historic principles of ‘just war.’” Hanson was responding to initiatives by the Bush Admin-istration, seeking support for a pre-emptive U.S. military campaign to strike at Hussein’s military capabilities, especially weapons of mass destruction under his control.
Citing the 1995 ELCA social statement, “For Peace in God’s World,” Hanson said the church is obligated to prevent wars and seek alternatives to them. “This is a time to stop the use of hostile rhetoric and verbal threats, and to focus again on diplomacy,” he said.
Saying he is “fully aware” of the potential threat posed by the government of Iraq and Hussein, Hanson explained he “morally” opposes a war with Iraq at this time.
“I oppose it because we know a war with Iraq will have great consequences for the people of Iraq, who have already suffered through years of war and economic sanctions,” Han-son said. It is also detrimental to U.S. interests to take unilateral military action against Iraq because there is already strong international support for wea-pons inspections, and most world governments oppose military action, he said.
The leader of the nation’s largest Lutheran church body also said that the U.S. government should continue its cooperation with international ef-forts through the United Nations to control Iraq’s weapons of mass destruction.