Not a simple call for south Minneapolis congregation 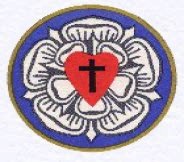 Lutheran Church of Christ the Redeemer has called a pastor living in a same-sex relationship.

The call committee at Lutheran Church of Christ the Redeemer (LCCR), 5440 Penn Ave. S., Minneapolis, recommended to the congregation in early March that they extend a call to the Rev. Mary Albing. The committee’s choice is serving as a Twin Cities hospital chaplain and is on the ELCA roster. She is also a lesbian living in a committed relationship.
The ELCA document, Vision and Expectations, that governs who may presently be called to ordained ministry in the ELCA, says that “ordained ministers who are homosexual in their self-understanding are expected to abstain from homosexual sexual relationships.”
Ruth Peterson, the president of the congregation, told Metro Lutheran that the membership had gone through a lengthy discernment process and had decided they wanted to be open to the possibility of calling “the very best possible candidate, which Pastor Al-bing clearly appears to be.”
As early as September, 2001, after LCCR’s former pastor, the Rev. Don Luther, had retired, some members re-quested the leadership consider pastoral candidates from at least two rosters. One is the official ELCA list of approved clergy; the other is a list of ordained Lutheran gay and lesbian clergy open to living in committed same-sex relationships and included on a roster maintained by the Extraordinary Candidacy Project (ECP).
Peterson said the congregation had changed its constitution to permit calling candidates from either roster.
As it turns out, Albing is on the ELCA clergy roster and in good standing. But her relationship with her partner may now call that into question.
A congregational meeting for the purpose of voting whether to issue a call to Albing was scheduled for March 23.
The Rev. Craig Johnson, Bishop of the ELCA’s Minneapolis Area Synod, told Metro Lutheran that he would withhold comment on the LCCR process until after the congregation had taken its vote.