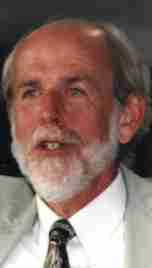 Delegates attending the Tenth Assembly of the Lutheran World Federation (LWF) in Winnipeg, Manitoba, Cana-da, July 21-31, elected the Rev. Mark Hanson, ELCA Presiding Bishop, its president. With a vote margin of 267-111, Hanson defeated Susan C. Johnson, vice-pres-ident of the Evangelical Lutheran Church in Canada.
The position is a six-year term without salary. Hanson will continue as leader of the ELCA. The LWF leadership post does give the former St. Paul Area Synod bishop an important voice, however, in the world religious community. LWF represents 61.7 million of the world’s 65.4 million Lutherans, with 136 Lu-theran church bodies in 76 countries claiming membership.
After the vote, Hanson said the new office will allow him to speak even more publicly with world Lutherans about the economic and military dominance of the U.S. But, he added, “The voice of the communion should speak, not just its president.”
Some delegates had hoped to speak at Lutheran gatherings in the United States following the assembly. However, the denial of visas to 50 participants caused the cancellation of a Northwestern Minnesota Synod event and sharply downsized another in Wisconsin, where only one of the five international participants received a visa.
The denial of visas to Lutherans from overseas was the topic of considerable discussion and concern at the assembly.
Before the assembly even began, there had been visa challenges slowing the entry into Canada by many overseas participants. At one point there was a real question as to whether the Winnipeg gathering itself might have to be cancelled.