His sister is still looking for Raoul Wallenberg 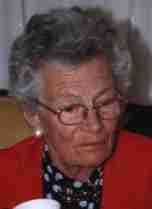 The story of of a Swe-ish humanitarian, an individual whose efforts to rescue Hungarian Jews during the Second World War turned him into a legend, got some focused attention in the Twin Cities during the first week in May.
Raoul Wallenberg’s sister, Nina Lagergren, came to Minnesota to talk about her brother’s heroism; to help launch a drive for the establishment of an educational center named for him; and to speculate about his fate.
Lagergren spoke to a largely Jewish audience on May 4 at Temple Israel in south Minneapolis. The following morning, before returning to her home in suburban Stockholm, Sweden, she spoke to Metro Lutheran about her brother.
Wallenberg was a U.S. educated (University of Michigan) Swedish businessman whose colleagues included Hungarian Jews. His work took Wallenberg to Budapest on business, and his Hungarian partners frequently came to Stockholm.
When the Nazis seized power in Hungary, Jewish citizens were immediately in jeopardy. As the country was pulled into the orbit of Adolph Hitler’s regime, 800,000 Hungarian Jews found themselves in a dangerous situation.
Even while the trains were deporting Jews from Budapest to Auschwitz, a committee organized for their rescue approached U.S. President Franklin Roosevelt for help. He asked for a liaison from a neutral European country — Switzerland or Sweden — to work on their behalf.
Upon hearing of the need, then-31-year-old Wallenberg quickly offered his services.
Said Lagergren, “We knew it would be risky, but it was something he wanted to do.” She described how her brother cleverly devised a plan to shield Hungarian Jews from Nazi deportation.
“He created a special credential. It looked like a Swedish passport, but it wasn’t really recognized by any country. Still, it looked official enough to get the Nazis’ attention, and the Germans didn’t want to violate Swedish neutrality, so they actually honored [the document].”
Wallenberg distributed thousands of “Schutz-pass” credentials to Jews, an official-looking certificate with the blue and yellow colors of Sweden and the nation’s three crowns emblazoned on it. Any Hungarian Jew carrying one was exempted from wearing the despised yellow Star of David patch, which usually marked them for death.
Wallenberg began his work in Hungary in July of 1944. By October, with Germany’s war effort failing, he thought the rescue mission might be ending. “But then,” Lagergren said, “there was an unexpected change of government in Budapest and the Nazi puppets decided to liquidate all the Jews very quickly.”
A train loaded with Jews, headed for death camps, departed for the Austrian border. Wallenberg chased after it, handing out Schutz-passes to every Jew he encountered. “My brother also warned the Nazi leaders that if they persisted, after the war he’d see to it that they were brought up on charges for war crimes and would be hanged. They relented, and thousands of Jews were saved.”
Estimates are that Wallenberg may have saved over 100,000 Jews during his less-than-one-year term of service in Hungary.
In January, 1945, as the Nazi empire was crumbling, Soviet troops invaded Hungary and “liberated” the country. On January 17, Wallenberg met them, hoping to explain his program for saving Jews. He was taken into “protective custody” by the Soviets. Then he disappeared.
Lagergren said the official story perpetrated by the war leaders in the U.S.S.R. was that Wallenberg ended up in a Hungarian prison and died of a heart attack shortly after the war. She’s convinced that was a lie.
“In the mid-1950s, German prisoners-of-war began returning from Soviet de-tainment. Many of them reported having seen and spoken with my brother. They said he was probably in a Moscow prison.”
That hope led Lagergren, along with other family members, to launch a crusade to learn what really happened to Raoul Wal-lenberg and to determine whether he might still be alive.
Family members took encouragement from Soviet writer Alek-sandr Solzhenitsyn, who came to Stockholm in 1974 to accept a Nobel prize for his book, “The Gulag Archipelago.” Solzhenitsyn told the family that detained political prisoners were known to survive in Soviet gulags for generations.
Another humanitarian, Simon Wiesenthal, made mention of Wallenberg during a Rome press conference. That caught the attention of the international media, including the New York Times. Soon the quest for learning the truth about Wallenberg became an international project.
Wallenberg’s mother and stepfather died in 1979, but Nina Lagergren continued to press for answers. She spoke with Israel’s Prime Minister Menahem Begin, addressed the U.S. Congress (twice), and traveled to Moscow when Mikhail Gorbachev set Glastnost in motion.
The latter effort resulted in her brother’s passport and diary being pulled out of a secret archive. She took them home to Sweden with her.
Nobody knows for certain what eventually became of Raoul Wallenberg. (If he’s still alive, he would be 94 years old today.) But the American Swedish Institute, a Minneapolis-based cultural and educational agency, has decided to keep his memory and meaning alive.
The Institute hosted Lagergren’s visit to Minnesota in early May. She helped launch a fund drive for a new Raoul Wallenberg Memorial Center. It will be housed in a facility to be attached to the Institute’s center at 2600 Park Avenue.
For more information about the Raoul Wallenberg Memorial at the Swedish Institute, call 612/871-4907. 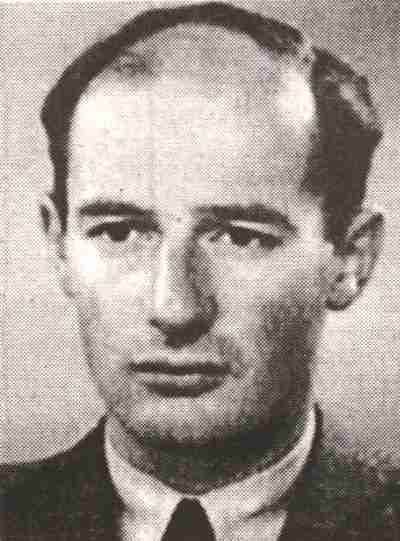