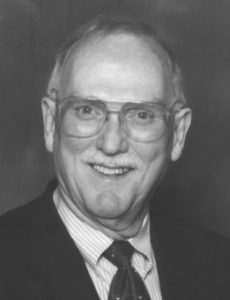 Flachman was born on June 22, 1936, in Burlington, Iowa. He graduated from Wartburg College, Waverly, Iowa, in 1958 with a B.A. in English and journalism. He then attended Evangelical Lutheran Theological Seminary, Columbus, Ohio, graduating in 1962.
He was ordained in 1962 with a call to serve as general manager of the publishing division of the Ethiopian Evangelical Church Mekane Yesus. In 1965 he was elected chair of the American Lutheran Mission in Ethiopia.
In 1967 he accepted a call to Augsburg Publishing House where he served as director of product development until 1987. While in this position he served as managing editor of Lutheran Book of Worship. In the formation of the ELCA, he was named assistant to the president of Augsburg Fortress Publishers.
In 1993 he took an early retirement and in 1994 he started Kirk House Publishers, Quill House, and later Lutheran University Press.

A man of many commitments

He served on several boards, including the National Lutheran Choir, the Midwest Independent Publishers Association, and REAL, an organization dedicated to helping girls in Ethiopia stay in school.
Flachman had been a long-time supporter of independent journalism in general, and Metro Lutheran in particular, according to editor Bob Hulteen.
Flachman’s Kirk House has nearly 200 titles in print.
Flachman is survived by his wife Shirley and sons Jeffrey (Julia), Jonathan (Rachel), and Timothy (Kari). Memorials can be made to Central Lutheran Church Foundation Music.