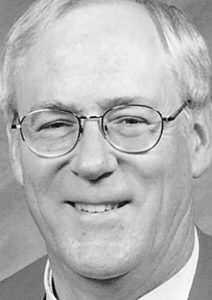 When I was in college I took a basic course in economics. I well recall the professor drawing a diamond on the board pointing out that this is the shape of a healthy national economy with some rich people at the top, some poor people at the bottom, and a very large middle class in between. This distribution of wealth, he said, is what sustains a democracy.
He then put a second drawing on the board of a pyramid. This, he said, is the shape of a “banana republic” with some rich folks at the top and everyone else living in poverty or near poverty. These countries, the professor noted, are always agitating for revolution because they have no middle class to support and sustain a democracy. I have never forgotten that lesson even though it was many years ago.
Over the past couple of decades, Americans have had a number of politicians and captains of industry who have made some greedy and shortsighted decisions that have placed enormous pressure on the American middle class. In case you haven’t noticed, the rich in America are getting richer and the poor are getting poorer while the middle class is under more stress than at any time since the Great Depression of the 1930s.
In recent years, changing economic realities have reduced the size and aspirations of the middle class. For example, the number of Americans living in middle-class neighborhoods in the 117 largest metropolitan areas has declined significantly. In 1970, these citizens comprised more than 65 percent of the population; today that number is 44 percent. Over the past 43 years, Americans living in poor neighborhoods grew from 15 percent of residents to over 30 percent, while Americans living in wealthier neighborhoods grew from seven percent to 14 percent. The extremes of wealth and poverty have grown at the expense of the middle.

In recent years, changing economic realities have reduced the size and aspirations of the middle class.

In 1980, the top 10 percent of Americans took home one-third of U.S. national income. In 2011, that number had risen to more than 48 percent of national income. Robert Reich, a former Secretary of the Treasury, stated recently that there are now about 400 Americans who control more wealth that 150 million other Americans! That number should give us all some pause.
Since the early signs of the end of the Great Recession in 2009, the top one percent of Americans have taken in 95 percent of all income gains. I find this another frightening statistic.

Employment is also a major factor in this equation. In 2007, just before the market meltdown, there were 122 million fulltime jobs in America. Today that number has shrunk to 117.7 million fulltime jobs.
Over the past six months, 97 percent of new job creation was for parttime work, often allowing employers to avoid having to offer any kind of benefit package. Worse yet, wages for males who work fulltime have been stagnated in real terms since 1973.
In addition, the top 10 percent of Americans now own 80 percent of all financial assets. After the Great Recession, median household income wealth dropped by a whopping 36.1 percent while net worth for the top one percent dropped by only 11 percent.
The question, of course, is how this great division of wealth came about in the first place and the answer is, as usual, multi-faceted. Let’s start with the banks.
During the Clinton presidential years, then-Secretary of the Treasury Robert Rubin fought hard (and foolishly) to dismantle the time-tested Glass-Steagall Act of 1933, which placed a firewall between Wall Street investment banks and hometown commercial lending banks. President Franklin D. Roosevelt had supported this reform during the Great Depression because he knew that without such a safeguard, banks would soon be acting more like casinos. And that is exactly what happened in the run up to the meltdown of early 2008. Some argue that this fateful decision led directly to our recent Great Recession.
There was a time when banks used to be the servants of American business and commerce. Now they act more like the masters. Today the eight largest financial institutions in America now control nearly 15 trillion dollars worth of assets or about 90 percent of the nation’s Gross Domestic Product!
Banks are now the second largest corporate special interests bloc (health care conglomerates continue as number one), spending about one-half billion dollars a year on lobbying, according to the nonprofit, nonpartisan Center for Responsive Politics. And all this lobbying has now turned the recent Dodd-Frank banking reform bill into something that looks like swiss cheese.

Not even crumbs from the table

Last year, the nation’s seven largest publicly traded fast-food companies netted a combined $7.4 billion in profits while also paying out $53 million in salaries to their top executives. At the same time, corporate executives for these companies resist efforts to require that they pay their workers a living wage.
More than one-half of the nation’s 1.8 million “core” fast-food workers rely on the federal safety net to make ends meet. In other words, these corporations are getting wealthier by forcing their workers to seek public assistance just to keep their heads above water. At the same time, American corporations are now sitting on more than $1.3 trillion while also paying their CEOs hundreds of times that of an average worker.
There may be no easy solutions to this “new normal” in America. But we need to find one fast. I so often reflect on the parable of the Rich Man and Lazarus. Jesus condemned the rich man and showed him not an iota of mercy, and not for what he did but for what he didn’t do. He just never took notice of the poor man sitting at his gate. “He who has ears to hear. …”

Paul Harrington recently retired as pastor of Shepherd of the Valley Lutheran Church in Apple Valley, Minnesota. He is also vice president of Metro Lutheran’s board. The statistics cited in this article come from various issues of Time, The Economist, and the Minneapolis Star Tribune.