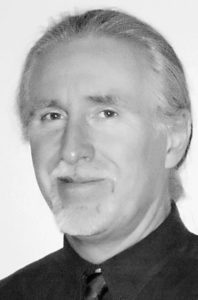 I should start by saying that I am not a doctor, and I haven’t even played one on television. In fact, I am terrified and intimidated by doctors, but that is a different editorial. I am probably not very qualified to discuss things psychological, either — unless talking about my own neuroses and phobias.
Having said that, I am intrigued with a concept I first heard of while living in Sojourners Community, an ecumenical Christian community in Washington, D.C. Our members co-owned housing and cars, and pooled incomes in a common treasury (bank account). We sought to live out our best understanding of the church described in the Acts of the Apostles — yoked together in faith and by a common purse.
In a culture like the one in which we live, talking about money — how much we make and what we do with it — is very challenging. Because the members of Sojourners aspired to economic downward mobility, we never had a lot of cash to play with. Nonetheless, by sharing economically, we were thrust by necessity into ongoing conversation about both the economic and aspirational details of our lives together.

Living in such close proximity both physically (with three to six people living together in a household) and emotionally (daily sharing meals and scheduling car usage), I first learned of the concept of “conflict intimacy.” A good Midwesterner, I was much more familiar with passive aggression as a strategy for dealing with differences of opinion. If you don’t like what someone else says, keep (relatively) quiet about it (at least with the person with whom you are in conflict), but don’t miss opportunities to let that person know that he or she is wrong — or at least causing discomfort.
Conflict intimacy calls on different skills. Unlike passive aggression, which assumes that withdrawal of relationship, often through silence, is preferable to confronting conflict, conflict intimacy assumes that relationships have the capacity to withstand such tension. It assumes a level of shared respect that means participants in the conflict won’t expect the worst about the other. It requires clear, honest, and direct statement about feeling and concern in a way that is respectful of all parties in the conversation.

Perhaps it is just I, but it seems to me that there is a high degree of suspicion between congregants, congregations, and church bodies these days. Too often, it seems, it is easier to work through difficult situations by demonizing a neighbor’s perspective or action, which becomes justification for one’s own perspective or action. And, not to throw blame, it seems that the relative safety and anonymity of social media outlets have made it all too easy to cast stones, then duck or run for cover, never needing to own and account for my behavior.
It is now less than four years until the 500th anniversary of the Reformation, which, ironically, was not a time when conflict intimacy was the norm. But, today, it is an opportunity for Lutherans of all stripes to embody, or incarnate, a way of life that could be attractive in our highly polarized society. Lutherans will have the stage in a very unique way, and could offer a model for disagreement with integrity and care.
Certainly, some of the current differences between Lutheran groups are significant and long-standing. There are some non-negotiables that make it difficult for all Lutheran groups to gather around every theological table. That said, while agreeing to disagree about some significant issues, there is value in sharing together in those ministries in which we can.
In the spirit of a new pope who seems to have prioritized substance over style, could Lutherans find enough common ground to develop conflict intimacy? If not, I fear we will blow an historic opportunity to be a place of health, healing, and wholeness for a broken world.