‘The church may not just doze’

A dozen Indonesian churches belong to the Lutheran World Federation (LWF). These Lutherans are a minority within a minority. Protestant Christians are the second largest of the five religions recognized by the government; nonetheless, together with Roman Catholics they constitute only about ten percent of the population. Hindus and Buddhists number less than five percent. The vast majority of Indonesians are Muslims.
In this context the Lutheran impulse toward confession generated a new statement, rather than merely affirming 16th century documents. Introducing its Confession of Faith (1951), the Huria Kristen Batak Protestant (HKBP) church asserted: “Therefore the church may not just doze, content with former confessions, but rather in every age must renew and reform them.” Citing examples from the early church, the Reformation, and the Barmen Declaration (1934), its authors set out to establish their faith, oppose heresy, and provide a basis for cooperation with other Christians.
As elsewhere in Asia, Christianity was carried to Indonesian first by traders, likely from Persia and India. They were motivated by the desire for a commercial exchange more than evangelistic zeal. The same overlapping, yet sometimes conflicting, interests characterized the Portuguese Catholics who arrived in 1511 and the Dutch Protestants who replaced them later in the century. During the 200 years the Dutch East Indian Company controlled trade, it excluded Catholics and restricted Protestant missions. 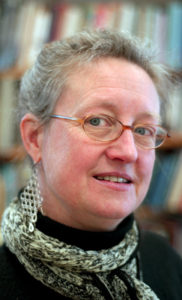 Unlike other LWF members, the Huria Kristen Batak Protestant did not subscribe explicitly to the Augsburg Confession.

When the trading company went bankrupt at the end of the 18th century, the Dutch government assumed responsibility. Both Catholics and Protestants were alert to new opportunities for evangelism opened by the government’s policy of religious freedom. Dutch, British, American, and German missionaries were sent to work at various locations on the several islands.

A goal of self-reliant congregations

The German Rhenish Mission (RMG) sent Ludwig Nommensen to the Toba Batak people in North Sumatra. He arrived in 1862 and labored there until his death in 1918. During those decades, he saw much fruit from his collaboration with German Peter Heinrich Johannsen and Raja Pontas Lumbantobing, an early Batak convert.
A recent history of Christianity in Indonesia observed that they suggested that “[n]ew life in Christ could penetrate and renew, rather than annihilate and destroy, the traditional world of the Batak.” Nommensen’s interaction with Batak people involved serious dialogue more than polemical assertions.
Early opposition to Christianity prompted establishment of a Christian village, Huta Dame (Village of Peace). Soon, however, the number of Christians increased enough that they could remain in their homes. From the outset, schools were an important element of the mission. Self-reliant congregations were the goal.
Nommensen’s linguistic facility and his astute negotiation of the interaction between Christianity and Batak customs, or adat, contributed to his leadership. Generally he accommodated previous practices, though he opposed ancestor worship. The church order he devised provided a liturgy, governance, and guidance for behavior.
Among his linguistic accomplishments was translating the New Testament and Luther’s Small Catechism into Batak, both accomplished in 1874. These choices may have reflected Nommensen’s largely Lutheran training.

The RMG’s confessional position encompassed the evangelical Lutheran as well as the Calvinist reformed streams of the 16th century Reformation. Both contributed to the development of independent Batak churches and are evident in the HKBP’s confession.
By the early 20th century, Batak Christians were moving toward independence. During World War I, when German missionaries were interned by the Dutch, the Batak assumed greater leadership. In 1930 the HKBP was organized as an autonomous body, nearly two decades before Indonesians won political independence. Since then the HKBP has been active in global and regional ecumenism and several other churches have been formed.
In the 1950s, Ephorus (presiding bishop) Justinus Sihombing guided the HKBP into the LWF. Unlike other LWF members, the HKBP did not subscribe explicitly to the Augsburg Confession. Instead, emulating the Reformers, it wrote its own confession. In it they demonstrated their affirmation of Lutheran teaching and addressed the context of 20th century Indonesia.
Like the Augsburg Confession, the HKBP Confession makes positive statements of faith and rejects false teaching. Positive statements highlight what is shared among Christians, providing the basis of cooperation. In agreement with the Augsburg Confession, article eight identifies the gospel and sacraments as marks of the church. The addition of church discipline shows the influence of the Reformed tradition.
The Confession also distinguishes the HKBP from other Christians — such as Adventists, Pentecostals, and Catholics — and from Animists, Muslims, and various secular ideologies. For example, it rejects traditional Batak beliefs regarding ancestors and opposes the view that poverty is the cause of sin.
Affirming the ultimate authority of scripture, the HKBP declares that its Confession is subject to examination. In doing so, its members commit themselves to stay awake: to engage with the customs and culture of their time and place and to ongoing Reformation for the sake of the gospel.

L. DeAne Lagerquist is professor of religion at St. Olaf College. She is author of several books on Lutheran history.